BRIEF 1 // ART DIRECTION
‍
The Harvard Shop, a retail brand for Harvard apparel, wanted to better express its values to Harvard students and demonstrate its lifelong commitment to them. To this end, I wrote and produced the following commercial for The Harvard Shop's back to school campaign. 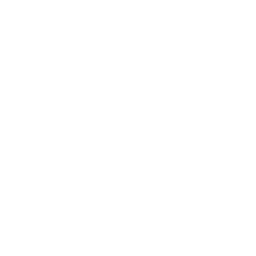 SOLUTION
This project was all about conveying emotion, my favorite advertising technique. I wanted students to understand that their Harvard apparel wasn't just a Game Day necessity, but rather a symbol of the cherished memories that would stay with them for life.

We released the campaign across social media and it continues to rerun each year as an introduction for the incoming freshman class to The Harvard Shop.
BRIEF 2 // EXPERIENTAL ACTIVATION
‍
The Harvard Shop's best customers are the international tourists that flock to Harvard Yard to catch a glimpse of the famous institution and its inhabitants. The Harvard Shop wanted to draw more of this foot traffic to our largest store location. I wrote a creative brief and worked closely with our architecture firm to design a retail activation where tourists could take their coveted photos. 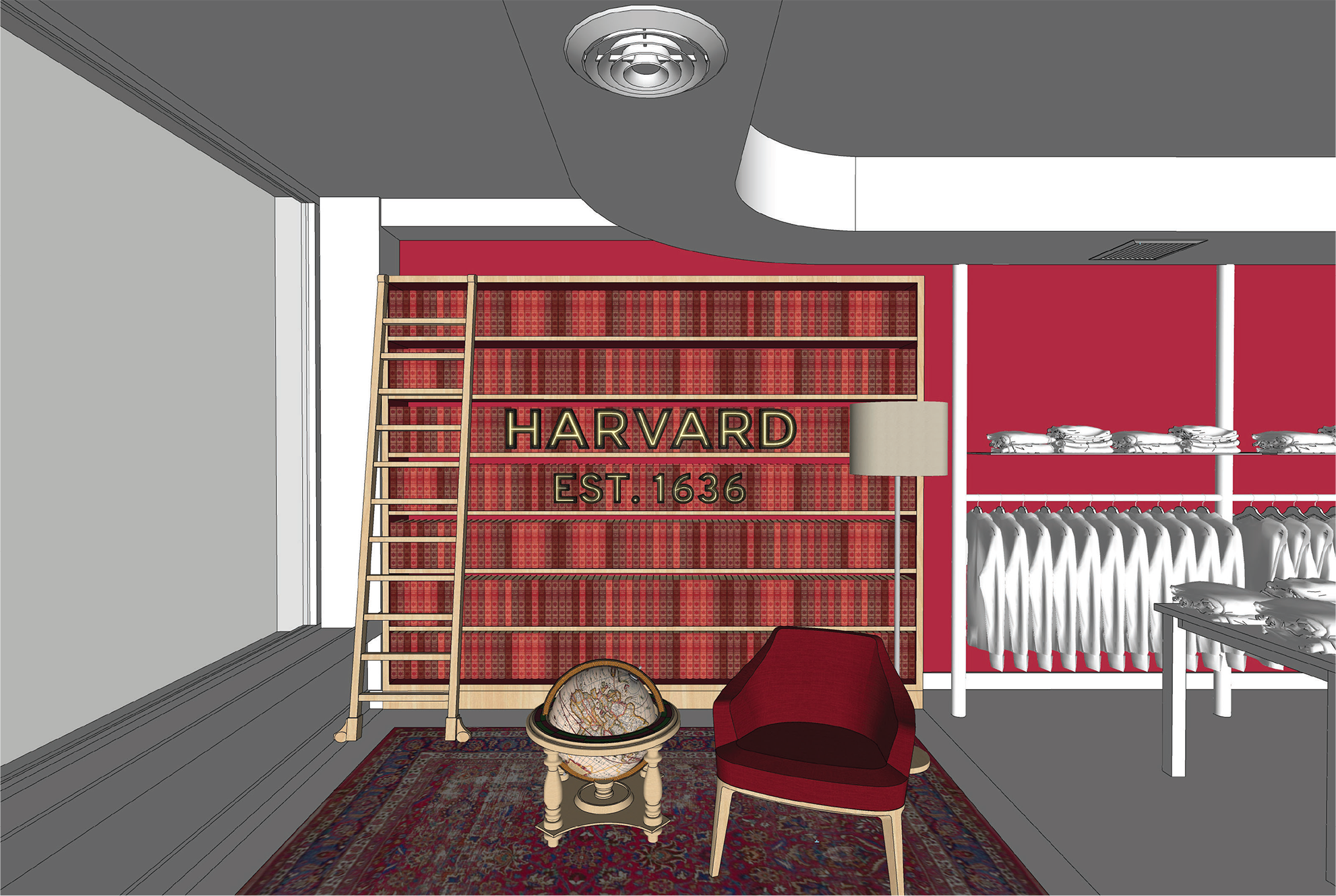 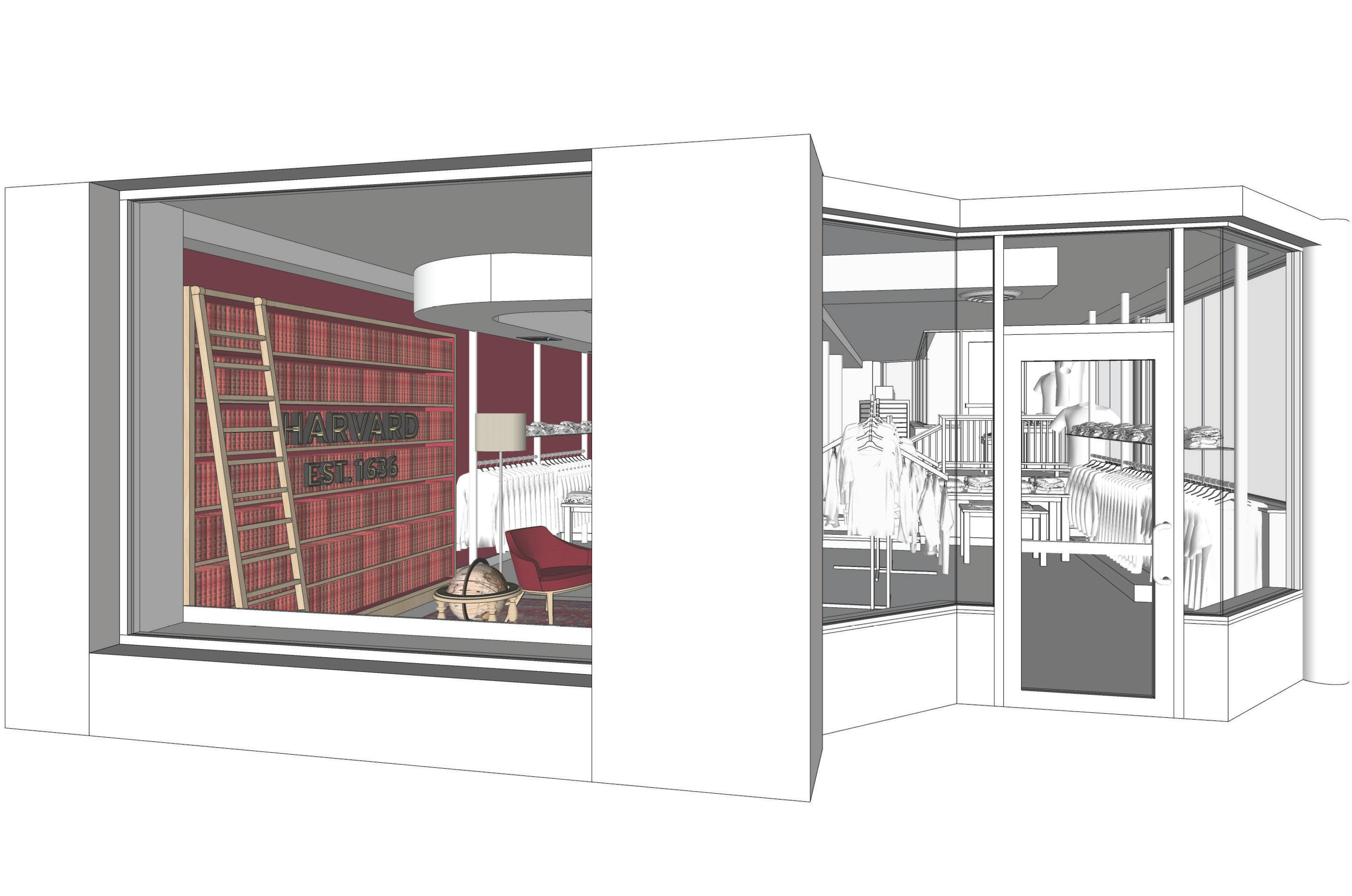 SOLUTION
This project sprang from two very simple insights:
‍
1) There is no official Harvard sign.
2) The tourists do not have access to Harvard libraries.
‍
I don't know how many times I've been stopped in the Yard by a family asking where they can find the official Harvard sign. Each time I have to reply that sadly it doesn't exist. The closest thing to a photo opp is the John Harvard Statue which is covered in urine.

Thus, I concepted the layout of an in-store photo backdrop that reflected the age-old academic image that tourists craved, proclaimed the word “HARVARD” largely and visibly, and could allow for user interaction. We worked closely with Analogue Studio (credit: mockups) to bring the idea to life. 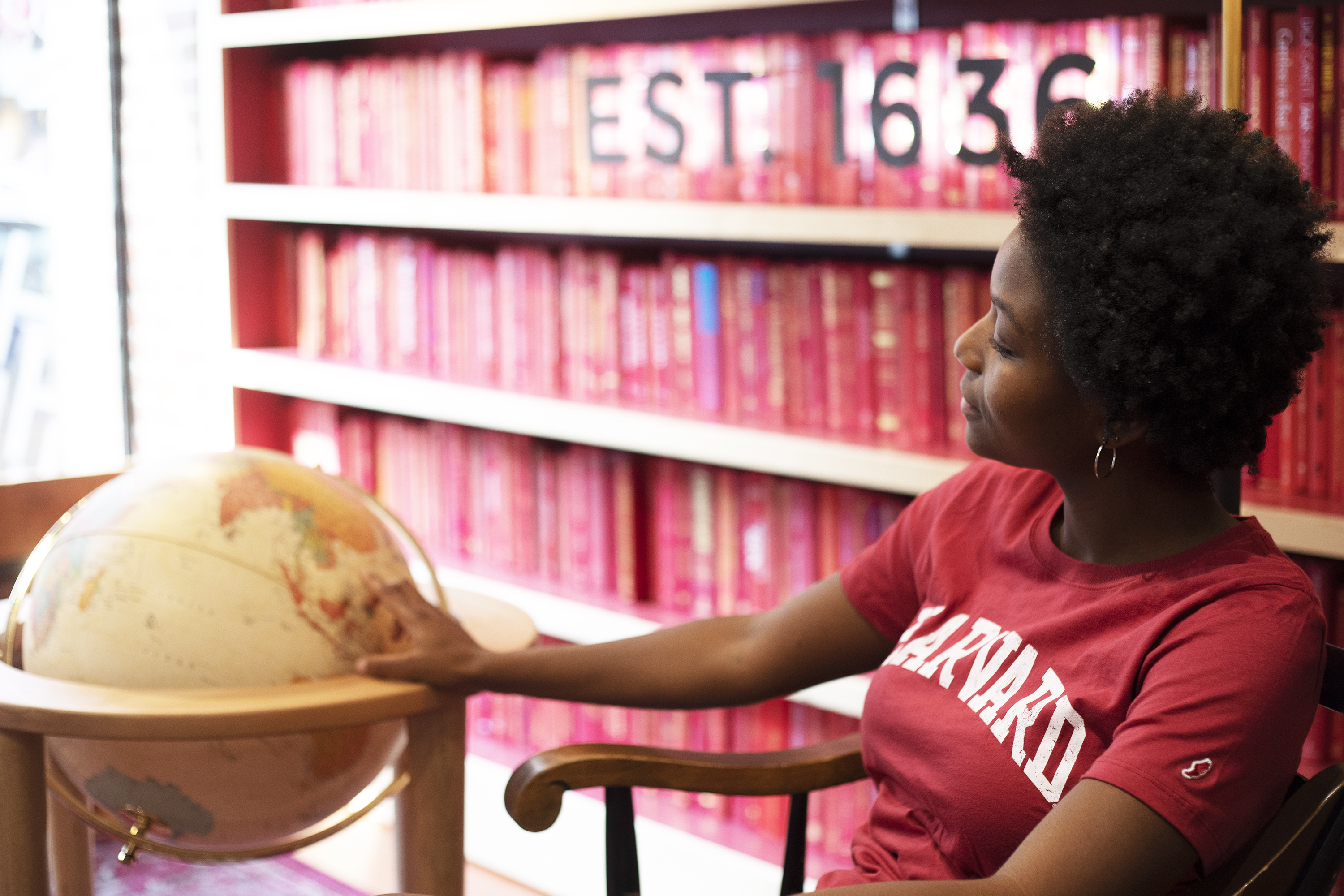 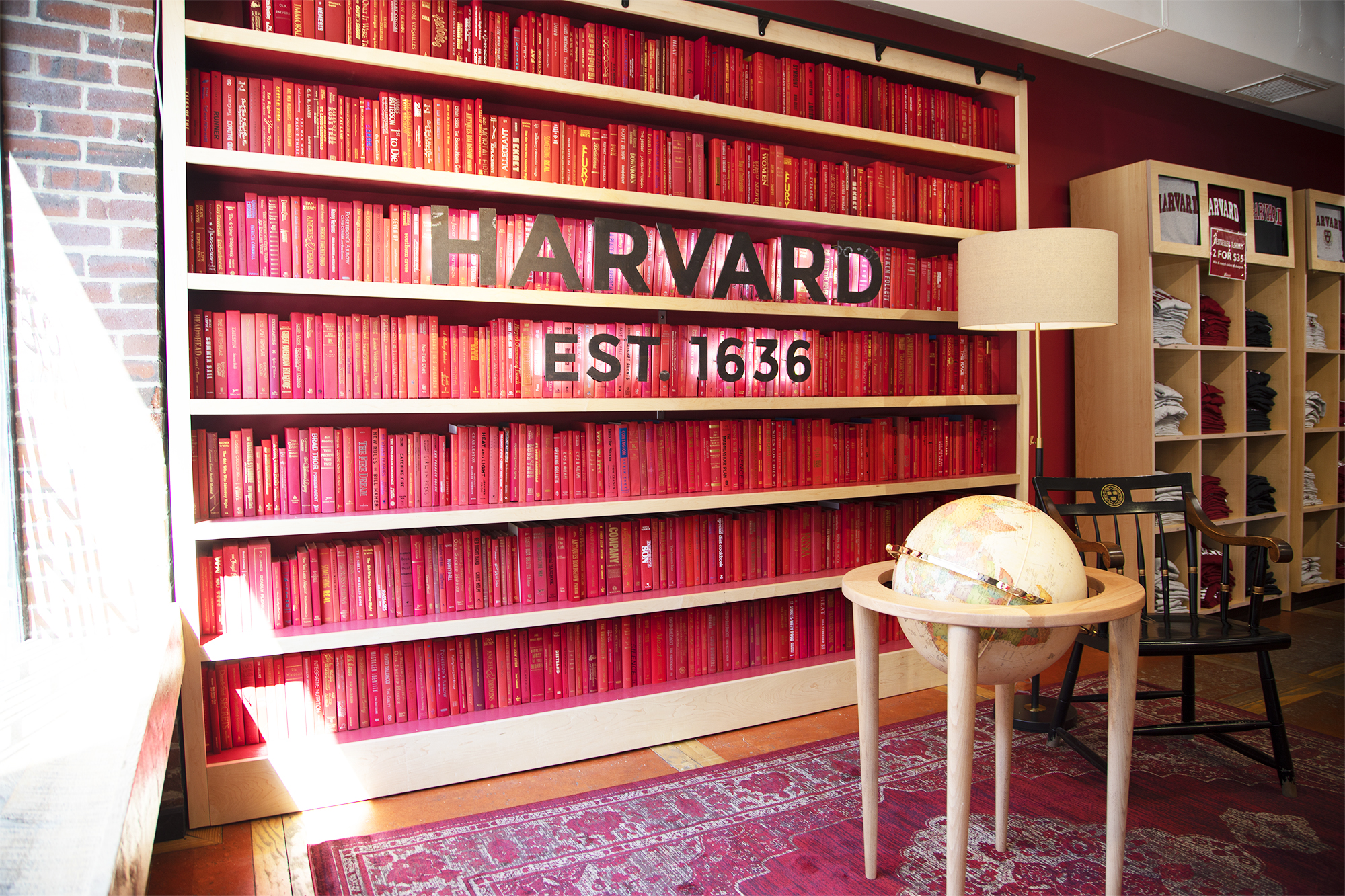